It has been a tough 2022 (I am cognizant that we are less than 10 days in). Yesterday (01.08.22) brought unwelcome news, a phone call in the mid-afternoon. Calls like this are surreal, and I often struggle to accept that I have heard the caller correctly. In this instance, stated simply, "Robert Dietz died last night." The statement surprised me, and for a moment I was literally speechless. 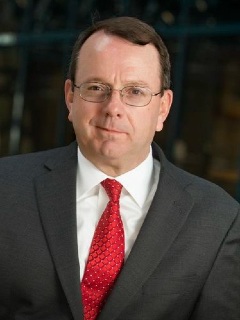 I have known Judge Dietz for many years. As I type, I cannot recall when we first met. I am fairly certain he was a defense lawyer at that time, and I recall some involvement in a defense attorney association was the precipitation of our acquaintance. That is a mile-marker for me because Robert later evolved to an exclusively mediation practice. Notably, though he focused solely on mediation for several years, he remained Board Certified in Workers' Compensation for the last 30 years. Remarkable, simply remarkable.

I remember when he came back to my attention with the formation of the Professional Mediation Institute (PMI). Jim McConnaughhay had decided that the WCI needed a breakout focused on mediation. State mediator Stuart Suskin was heavily involved in that initial effort. I recall some conference calls, and Stuart's repetitive "we have to get Bob Dietz." There was a sentiment that his presence was critical to success. Robert was welcomed into the fold, and became the leader of the PMI. I feel confident he was given the title of "President" of the Institute, but the current leader uses the title "Chair." I am not sure which is the correct vernacular, but there is no question Robert was the inaugural leader and responsible for much of the early success of PMI.

Back in those days, he was heavily relied upon as regards the program, topics, and other resources. He had a broad experience with other mediators, and many marketplace connections. Although my experience with PMI has waned in recent years, I am confident that he remained an integral and important part of its ongoing success. He has remained engaged in that programming persistently. He spoke at the PMI 2021 not a month ago. And, when the PMI began, Robert proofread every one of the PMI Newsletters, which unfortunately are no longer available on the website. Suffice it to say that they were extensive and informative. Proof reading them was undoubtedly a significant challenge. He never uttered a discouraging word though.

Through our work in that era, I became familiar with Robert Dietz the mediator. Then, in 2013, when Judge Remsnyder retired in Melbourne District, Robert was interested in the vacancy. The Nominating Commission interviews were at the Orlando airport, and I anticipated discussion of his former practice and his mediation activities. However, that interview still sticks in my mind. Judge Dietz had a long history in the Orlando community. The interview focused instead on topics like pro bono service, the Guardian Ad Litem program, Legal Aid, and the Civitan club. His passion for community was patent, and his conversation with the commission was telling. I recall at the time thinking the choice for that vacancy was pretty obvious.

Shortly after he was appointed judge, he called with questions about the Code of Judicial Conduct and whether various community activities would remain permissible. Judge Dietz believed in those activities, in community, and in contributing. He had talents and interests, and he poured himself into them like few people I have known. Over the years, he was devoted to groups like the local bar association, the Inns of Court, the PMI, and others. He served as Judge of Compensation Claims since 2014, and was nominated just last month for reappointment to a third term.

This blog is about the law and workers' compensation. So, turning attention in that direction momentarily is apropos. What kind of a judge was Robert Dietz? Well, without a doubt he was a teacher. Barry University School of Law had him teach workers' compensation for the last decade. I was honored to meet some of his students and suffice it to say he was revered there. But, he was undoubtedly also a student throughout his career. He had a curiosity, an inquisitiveness, and an interest that was persistent and infectious. He enjoyed studying the law, its underpinnings, purposes, and interpretations. Any conversation with him would invariably lead back to either workers' compensation or mediation, likely both.

Judge Dietz knew much about the law. He was a repository of odd bits of knowledge, and he recalled appellate holdings with apparent ease. He relished discussion of the intricacies of this law, and many a judge discussed challenges and interpretations with him. In a perhaps over-used description that is simply too accurate to ignore, he was "a judge's judge." Lawyers appreciated him, mediators followed him, and judges consulted him. His presence on the bench in Sebastian will be sorely missed.

In fairness, however, neither workers' compensation nor mediation were his favorite topic. Robert spoke often of his children, his wife, and his activities. Judge Dietz was immensely proud of, and focused upon, his family. He was also involved in sports as a referee, and was an avid follower of professional soccer. More than once, he tried without success to explain soccer to me. I was, undoubtedly, his worst student.

One of my fondest memories of Judge Dietz was in January 2017 when he was inducted in the Florida Workers' Compensation Hall of Fame. See Thoughts from the Hall of Fame (January 2017). It was an honor for Judges Lazzara, Rosen, and I to welcome Judge Dietz and former Judge Richard Thompson to that group. Their induction was recognition of careers devoted to this strange little corner of the law, too often dismissed or overlooked. I recall struggling at the time with understanding why it took us until 2017 to recognize him.

I have written repeatedly recently of the disturbing trend of deaths in this community. Each of those brings pain and challenge, Douglass Myers and Robert Barrett (also a Hall inductee); certainly 2021 was tough. Still fresh, however are passings such as Jack Langdon in 2019 (also a Hall inductee). I grow weary of the pain of these departures. I strive therefore to remember each for their contributions and values. Each is a loss worthy of note and acknowledgement. Judge Dietz is only the second sitting JCC to pass during my tenure. I still struggle with the loss of Hon. Joseph Farrell in 2002. Judges Farrell and Dietz shared much, a love of the law and an incredible passion for being a judge.

Indeed, only ten days in, it has now been a tough 2022 as well. Many will miss Judge Dietz, and I am in that number. He was reliable, relatable, and industrious. He was a jurist, a mediator, a teacher, a student, a father, a husband, a contributor, a thinker, and more.

God speed judge. May you rest in peace.