How Microcaptive 831(b) Arrangements Were Disrupted This Month

One of the long-awaited captive decisions by the US Tax Court was issued this month. The microcaptive 831(b) arrangements industry may need to look in the mirror very soon. This makes four major US Tax Cases that could not have been worse for captives, specifically microcaptives. 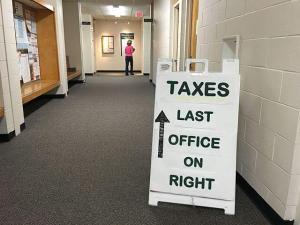 Ever since I attended a 2009 CICA Conference in Tucson, AZ, I had thought these arrangements were a way for smaller companies to use captives to insure their risks. Many of the microcaptives centers were offshore entities such as the Cayman Islands, Bermuda, and St. Kitts amongst many others.

From 2011 until 2017, I had written a business plan for establishing an offshore captive for Workers' Compensation claims handling. The IRS placed 831(b)s on its Dirty Dozen List.

I thought I would wait to see if the IRS removed microcaptives from its Dirty Dozen list. The Service removed it in 2019, but not for the reasons that I was expecting.

The case was Caylor Land & Development Inc. v. Commissioner of Internal Revenue. Many proponents of the captive industry had been waiting on this decision for quite some time. You can find the full decision here.

The top of the decision's third page shows two things:

[*3] In Avrahami v. Commissioner, 149 T.C. 144 (2017), we found that a microcaptive didn't actually provide insurance because it failed to distribute risk and didn't act as an insurer commonly would.

We will break no new ground today.

In Forbes Magazine, one of the most intelligent writers on captives (Jay Adkisson) brought up a very salient point. You might want to read his whole article. The analysis is spot-on.

One of the chilling parts of the decision according to Mr. Adkisson was the decision on Caylor could expand outside of the microcaptive 831(b) arrangements:

…the opinion in Caylor Land may potentially extend in its application to far more types of captives than where the IRS has so-far limited its own focus, which is to risk-pooled 831(b) captives. Many captives thought to be very safe from a tax perspective may require introspection and reevaluation..

Yes, you may want to follow the link to Jay's article. It is one of the best articles on microcaptive 831(b) arrangements after the Caylor decision. Take the time to read it if you have any interest in captives.