The Shutdowns impact on workers comp

Almost four weeks into the Trump shutdown, it's time to examine how this will affect workers' comp. 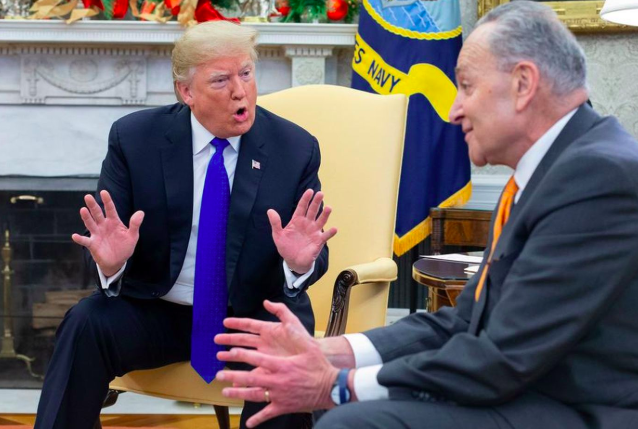 “…I am proud to shut down the government for border security…So I will take the mantle. I will be the one to shut it down. I'm not going to blame you for it.”

Briefly, not much – if it gets resolved soon.

I don't think it will – more on that below.

Second, with a few exceptions, contractors for Departments that are now without funding are furloughed or on leave. 420,000 workers have to keep working – without pay. Several hundred thousand more are not on the job

The Departments of Justice and Homeland Security (I still think that's a pretty creepy title) and other key agencies and departments are particularly affected as thousands of their workers have to work without pay. Other unfunded departments include Agriculture, Commerce, HUD, Interior, State and Transportation.

The US Trade Representative's office is closed, we'll get no economic reporting on jobs or output or prices or GDP. and numerous other independent entities are shuttered.

Here's the caveat – the longer this stupidity lasts, the more impact it has on the economy, workers, and workers' comp.

The White House reports that annual GDP drops 0.1% every two seeks the government is shut down. That equates to about $10 billion a week in foregone products and services.

So far, we're down about $30 billion – a pittance in a $21 trillion economy. What scares the bejesus out of me is this could drag on for months – which will do real and lasting damage to the economy, businesses, and tax receipts.

Identity Loyalty is why it may not end soon. Simply put, compromise isn't possiblebecause the powers-that-be and their supporters know in their hearts they are in the right – and no amount of data, facts, or logic will change that.

The Wall has a brand that is all its own. It is incredibly powerful to Trump supporters as it is all about protecting them and who they are and what they have from others. This can't be under-estimated, and is why Trump's base and the right-wing media were furious with him when he offered to compromise way back in December.

By the same token, the Wall represents all that Trump opponents dislike – if not hate – about the man and what he stands for. Agreeing to pay for the Wall would be amoral at best.

You may have noticed Trump and his allies have been trying to use different language when referring to The Wall…steel slats, border protection, border security. That reflects a desire to change the terms of the current “disagreement” (putting it mildly).

Alas, Trump et al have done such a good job branding the Wall that this belated effort to re-frame things isn't getting any traction.

For those who elected Mr Trump because they wanted a change, you are certainly getting one.